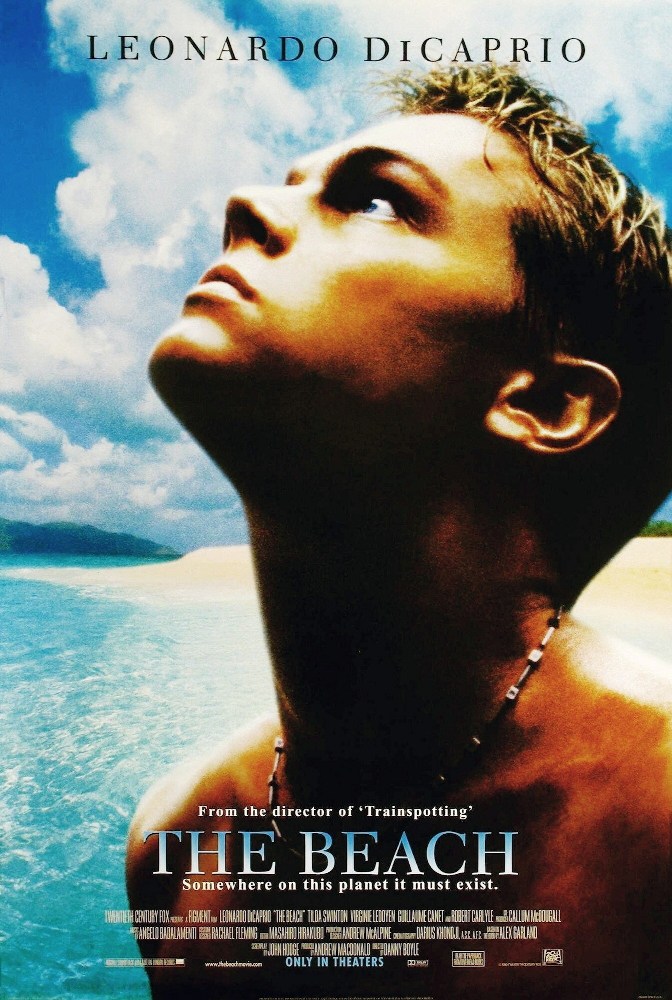 The Beach takes you to Tailand and once you’re done watching, you’ll mostly likely find yourself feverishly searching for an airplane ticket to Asia. The movie follows Alex Garland’s novel about young backpackers who set out to find paradise but end up destroying it. At time it can be a little too Hollywood but even with that, it’s going to have you drooling over Thai island of Phi Phi and often, when Richard is telling a story, you’ll notice a voice in your head shouting “YES! That’s exactly how it is!”. Aren’t all tourists following the same route? Everyone’s trying to photograph iconic locations, like Eiffel Tower in Paris, Big Ben in London, Empire State Building in New York… It makes you think, doesn’t it.

Richard: My name is Richard. So what else do you need to know? Stuff about my family, or where I’m from? None of that matters. Not once you cross the ocean and cut yourself loose, looking for something more beautiful, something more exciting and yes, I admit, something more dangerous.

Richard: The only downer is, everyone’s got the same idea. We all travel thousands of miles just to watch TV and check in to somewhere with all the comforts of home, and you gotta ask yourself, what is the point of that?

Richard: Anywhere you go, desire is desire. The sun cannot bleach it, nor the tide wash it away…

Richard: I just feel like everyone tries to do something different, but you always wind up doing the same damn thing.

Richard: I told myself spreading news was part of a traveller’s nature, but if I was being completely honest, I was just like everybody else: shit-scared of the great unknown. Desperate to take a little piece of home with me.

Richard: When you develop an infatuation for someone you always find a reason to believe that this is exactly the person for you. It doesn’t need to be a good reason. Taking photographs of the night sky, for example. Now, in the long run, that’s just the kind of dumb, irritating habit that would cause you to split up. But in the haze of infatuation, it’s just what you’ve been searching for all these years.

« How to pay under $50 for Broadway tickets
Photo diary: The catacombs of Paris »