Fez was the first bigger city we had visited and that’s why it was still full of surprises. Once you are familiar with the system, it’s more of less the same everywhere around Morocco. But until you get to know it, it can be overwhelming. In this post I want to give some tips to make your Fez experience even more pleasant than ours was (many of these can also be applied to other medinas). 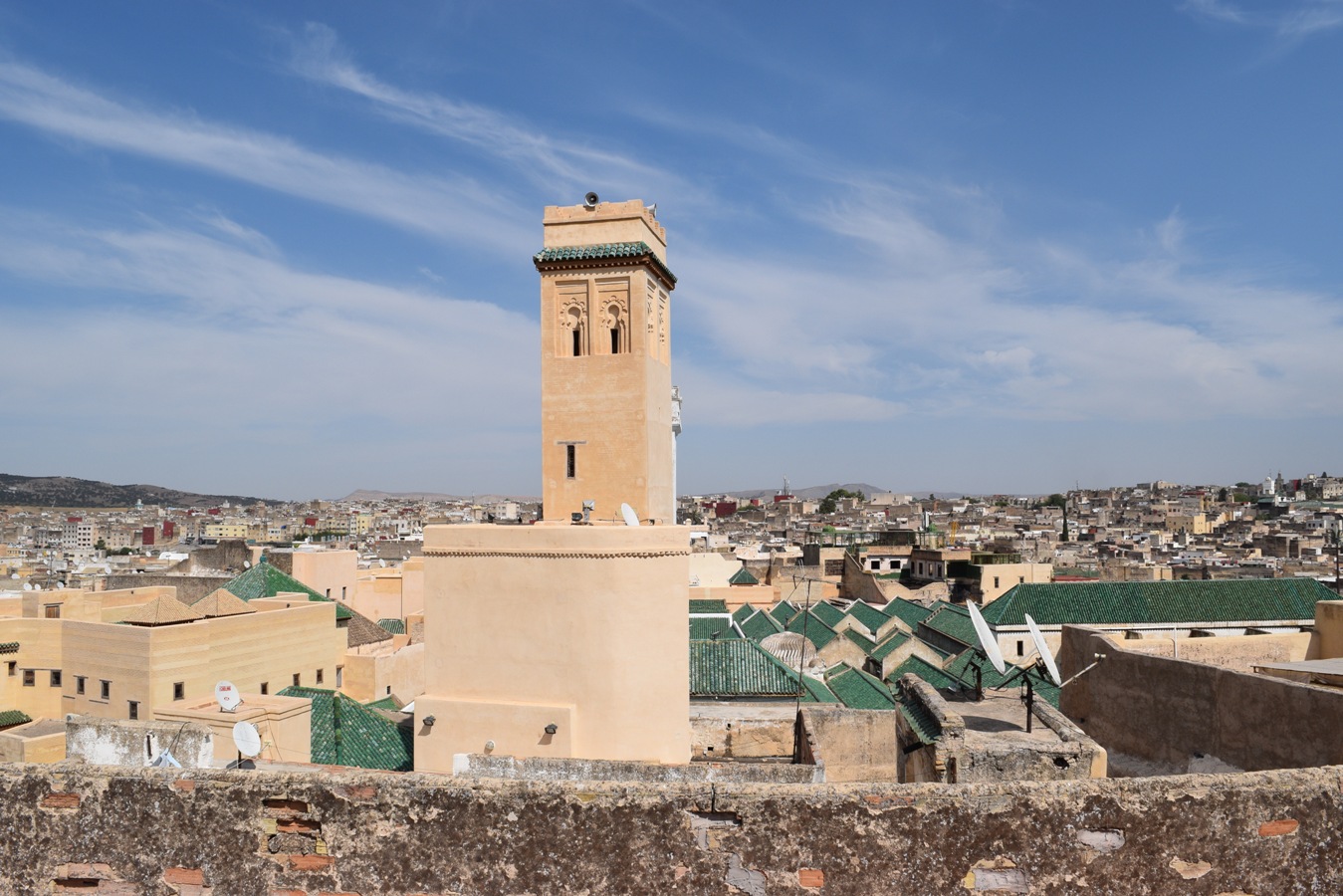 1. Only trust the shop owners and women when given the directions.

You will get lost often, but when you do, don’t trust any man unless they own a shop or are foreigners. When walking, you’ll often hear men yelling: “This is not the right way!” Most of the time they have no idea where you are going. Sometimes you may be just on the right path, but what they want is to get you confused.

We stopped following the signs for the Blue Gate when somebody pointed to one of them and said, “This route is so much longer. Just go straight on.” And we naively did. We were walking uphill for some time, thinking we surely must be on the right way. We even asked some vendors we passed and they all nodded, confirming our assumptions. “Sorry, you need to turn right here,” a young boy interrupted us. He started walking in front of us without our permission, trying to be friendly by asking us questions. It didn’t feel right… I was starving, so I didn’t even try to be nice or polite. But I wasn’t stupid like they thought… We first went a bit downhill and then back uphill. It didn’t take an expert to figure out we were being tricked. Unfortunately, we had no other option than to play along. When we reached some tunnel, the boy stopped. “You go left on this street and then right on the next. After 3 minutes walk, you’ll be at the Gate.” Then he expected a tip. We had almost nothing left so we refused to pay because we were honestly fed up with the way they treat foreigners and we never requested for him to guide us. That’s when his older brother stepped ahead out of nowhere (he had been following us for the previous 3 minutes), telling us to give some money to his sibling. In the middle of our argument, an older man, clearly not a local, walked by, overhearing our discussion. “Where do you want to go?” he asked, ignoring the Moroccans. We told him and he jokingly answered: “I will take you to Bab Boujloud. And I won’t charge you for it.” We were walking straight on for a short while until we reached one of the bigger streets. “Follow this street for around ten minutes. Do not go left or right, walk straight on and you’ll reach the Gate,” he promised. Apparently, we weren’t as close to the exit as we were first told. If we had followed the directions from that kid, we’d have most likely ended up with his cousin, who’d have guided us even deeper into the medina.

2. Expect to pay for ANY favour.

As you might have noticed from my example above (#1), you pay for everything in Morocco. You’ll be pushed around all the time. Fight for yourself and learn how to say no.

3. Don’t have the headphones in.

When somebody shouts “Balak, Balak!”, you must make some space for the donkey (sometimes that can be very tricky). They are more common than you imagine. 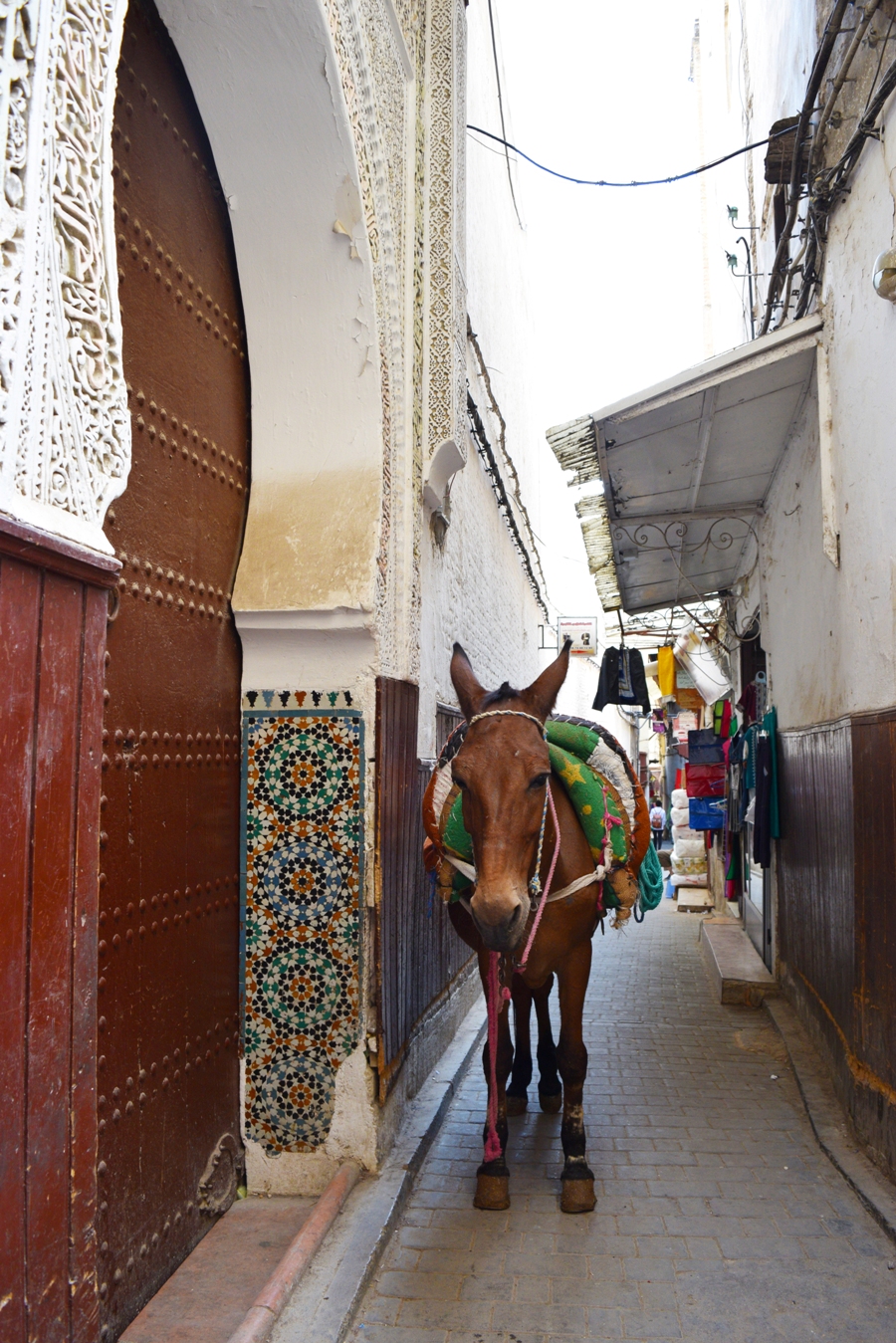 4. Check the teas before buying.

Every culture has its own way of showing hospitality. In Morocco that’s with the tea. While this may seem like a great idea to take home as a gift, be sure to check the tea bags before buying. If you look closely, you may notice small bugs wandering around (even if you’re buying from the pharmacy). And talking from my own experience (thanks, Turkey) – they will be ALL over your food in no time.

If you are in Fez, you can’t skip the tannery. Like it or not, the only way to see the tanneries in action is to dive into the lair of one of the many leather shops built into the walls surrounding the site. They all have a terrace the salesman will gladly guide you to after giving you a mint leaf. He will also give you an explanation of the processes involved. For all that, he expects a small tip (20-40 dH) or, even better, a sale. That’s an unwritten rule you better follow and if not, you might get into some trouble.

Maakouda (deep-fried mashed-potato fritters) sandwiches were one of the best dishes we had tried on our road trip. They are cheap, costing from 4dH-8dH (from €0.40 on!), very filling and most importantly, delicious. You can find this small fast-food restaurant by walking Mohammed V street until you notice Cafe Zanzibar, then turning right and walking on for another 10 meters. The restaurant will be on your right hand side. When we visited, there were no tourists dining. 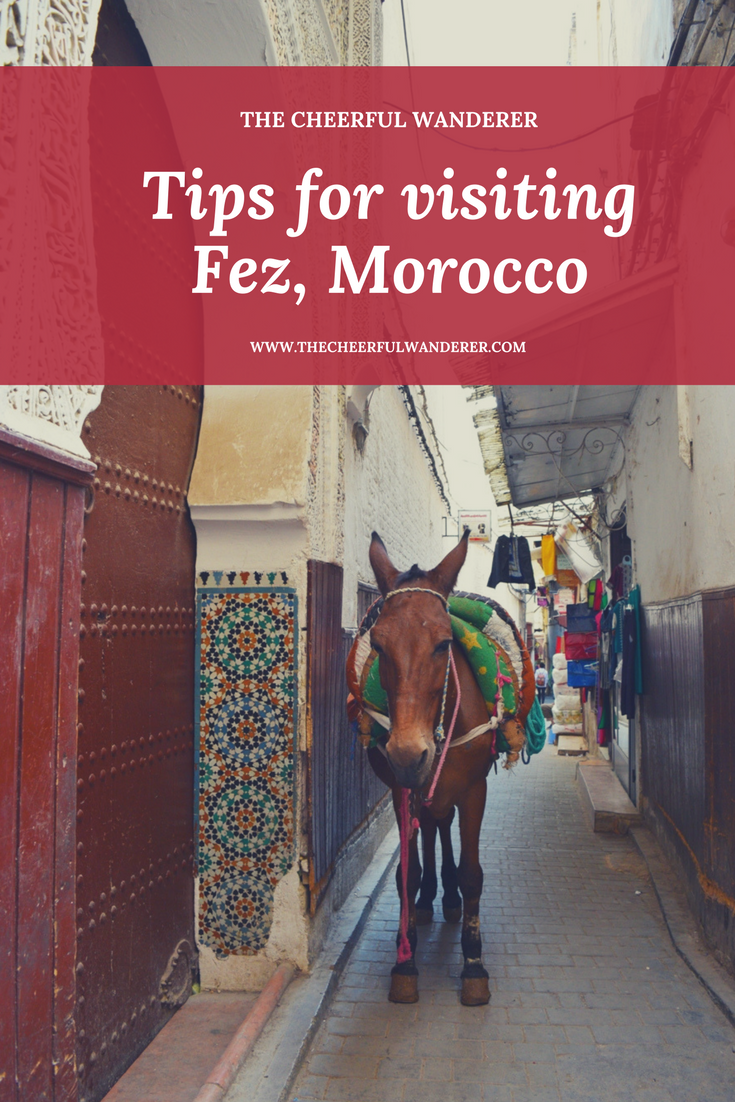