My Experience: Living in Canada During the COVID-19 Outbreak

Every few hours, I glance at the phone. I know there are messages I still need to answer, but instead, I swipe a notification to the left and clear it. Not today, I tell myself again.

When you are moving overseas, you usually don’t question if you are ready to survive the apocalypse away from everyone. In January, when I was getting ready for Canada, I knew exactly what I was going to do (or should I say: which country I will try next) if things don’t work out. What I didn’t take into account was a global pandemic. 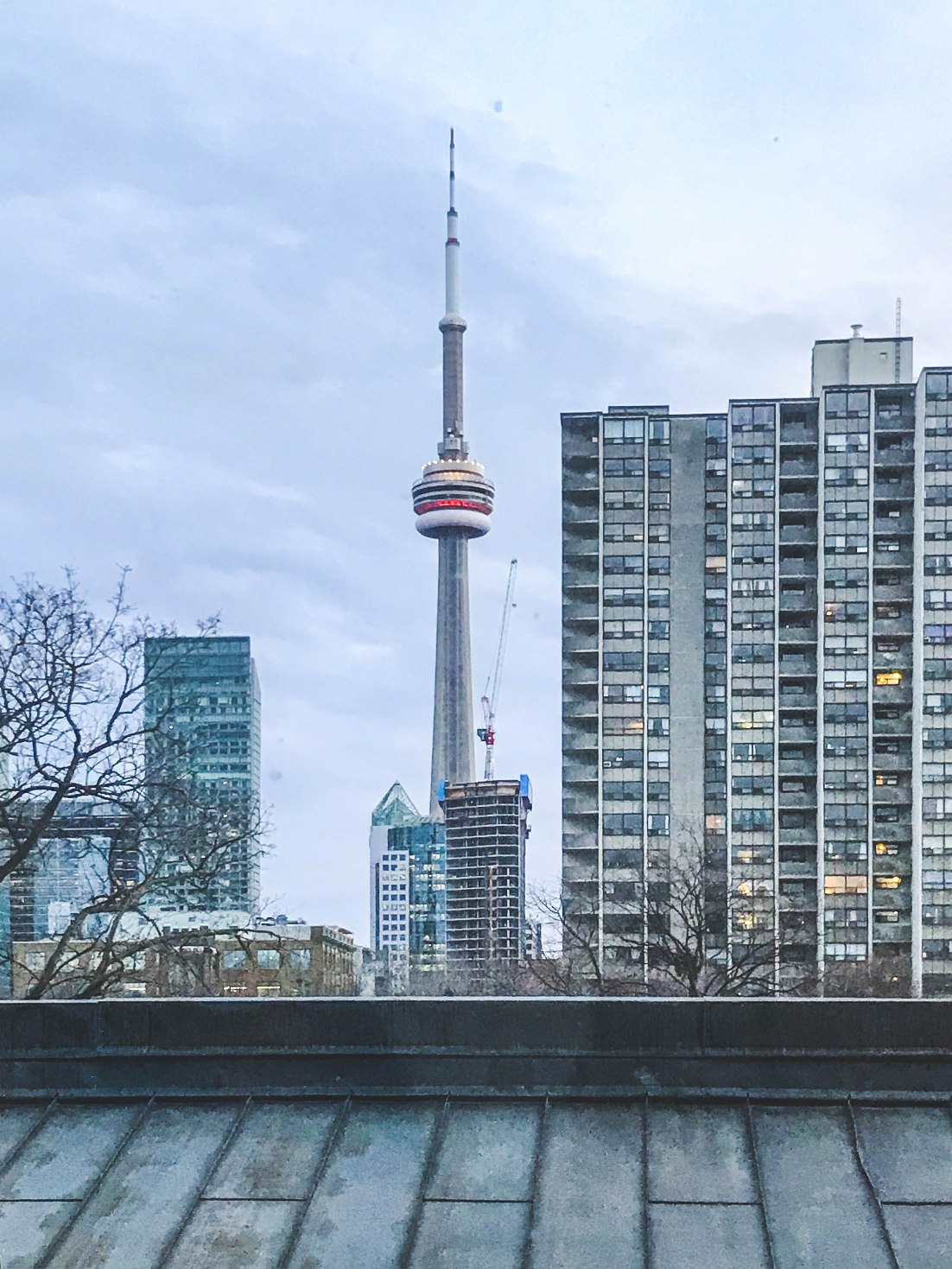 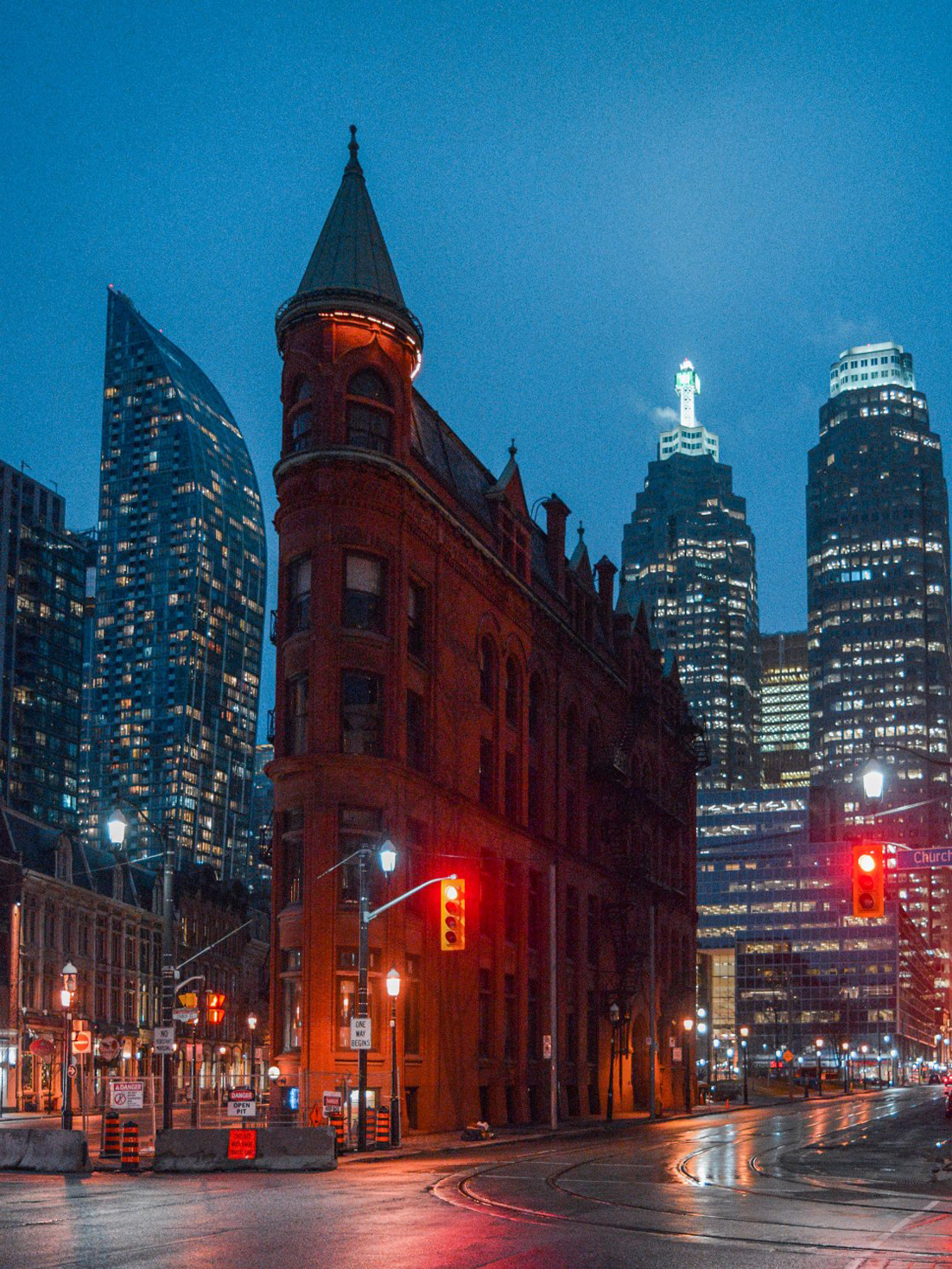 Life in Toronto before the outbreak

My impulsive decision to go to Canada no longer seemed such a brilliant idea when I was boarding the plane at the beginning of February. It was the first time I was not even in a hurry to get to the Lisbon airport (this is very unlike me!). Instead, I took my time to eat as many pasteis de natas (Portuguese custard tarts) as I possibly could. #YOLO? I didn’t know if living in Canada was something I still wanted. But I knew you only get a working holiday visa once and I had to take my chance.

Note: WH visa is very easy to get and only lasts a year, but I did my research on all the visas that would allow me to stay longer. I knew that I was either going to stay in Canada for years or go elsewhere after the first year.

Toronto welcomed me with a big snowstorm. “We didn’t have much of a winter this year,” my Uber driver told me. Apparently, up to that day, it was very warm outside. I got here just in time then, I thought to myself feeling a bit bitter. Little did I know, I really got there at the right time. I still got to experience Toronto the way it was. And the snow? It only made me happier. As I was walking the streets covered in a thick blanket of white, I couldn’t help but think I was trapped in a snowglobe. 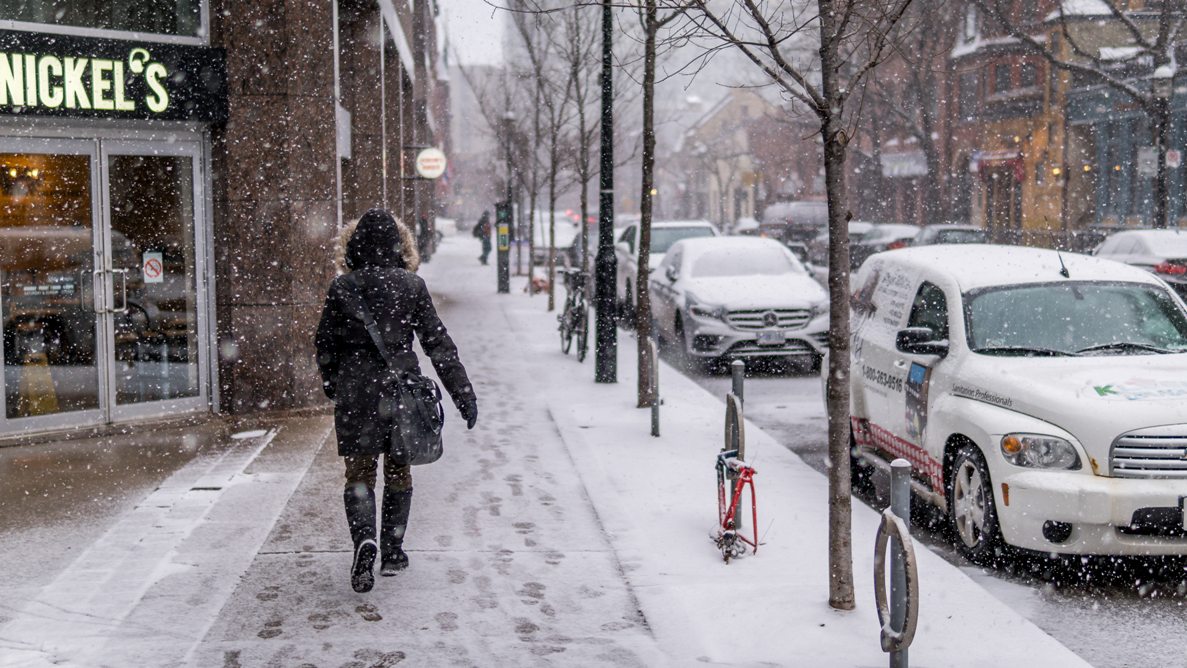 It didn’t take me long to overcome my first challenges. In the first week, I was offered volunteer positions at two different hostels. I chose the one I was already staying at. Working as a volunteer allowed me to save a lot on the accommodation (rent prices in Toronto are insane – we are talking 1000+ CAD/month for a room), while I was searching for a part-time job. My tasks were simple too: either I had to set up the breakfast or I was leading one of the tours. I was also extremely lucky with my co-workers – all of them were extremely sweet and fun. It was the best team one could ask for. 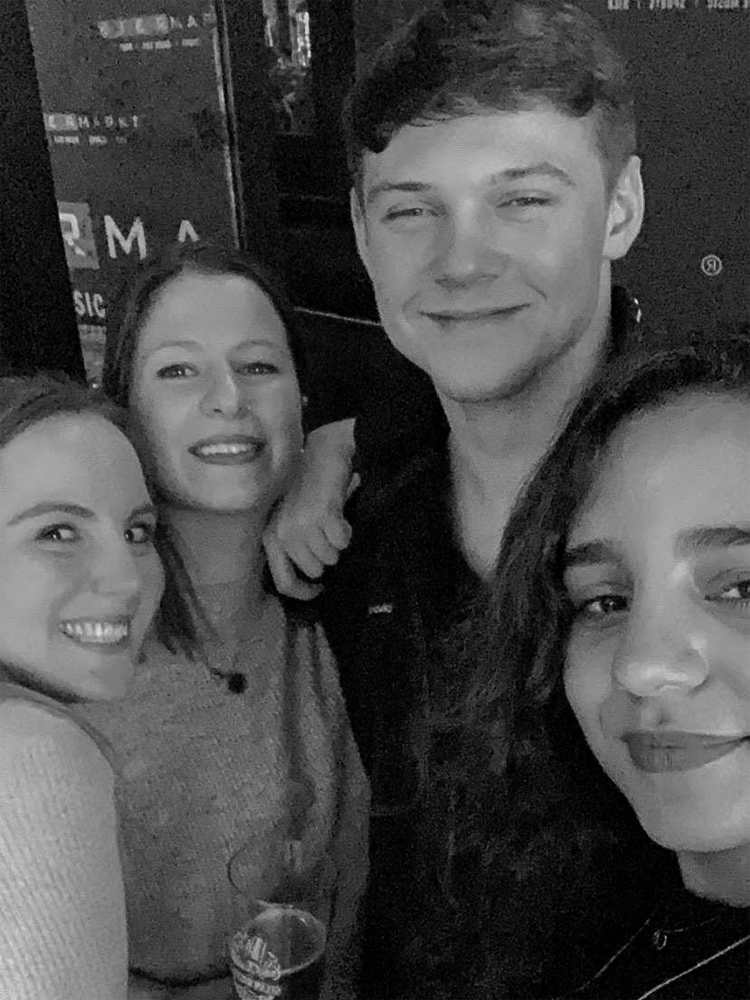 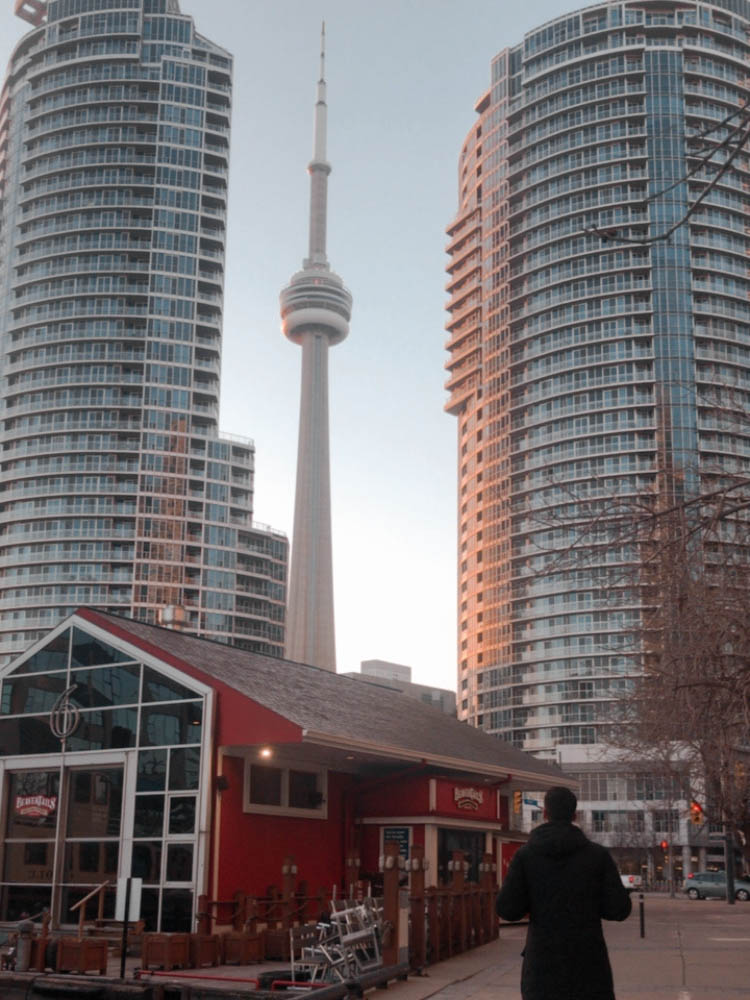 I enjoyed being back in Toronto. One day, when I was walking down Queen Street, I texted my friends: I can really see myself living here permanently. There is something about it that feels like home. In 2016, I wrote a post about how I fell in love with Toronto. Back then, I couldn’t believe how kind everyone is. Years later, my experience was no different. At some point, I started to wonder if you must pass some kindness test to be allowed to live there (seriously, do you?).

the Rona and its impact

In Canada, the restrictions came into effect much later than in Europe. We all knew what our friends were going through, but for us, life continued to be normal. Until it all changed overnight. On Monday, March 16, all volunteers were called into a manager’s office. “All the bars, including ours, and restaurants will close tomorrow at midnight,” we were told. Take-away and deliveries were still allowed but that was it. 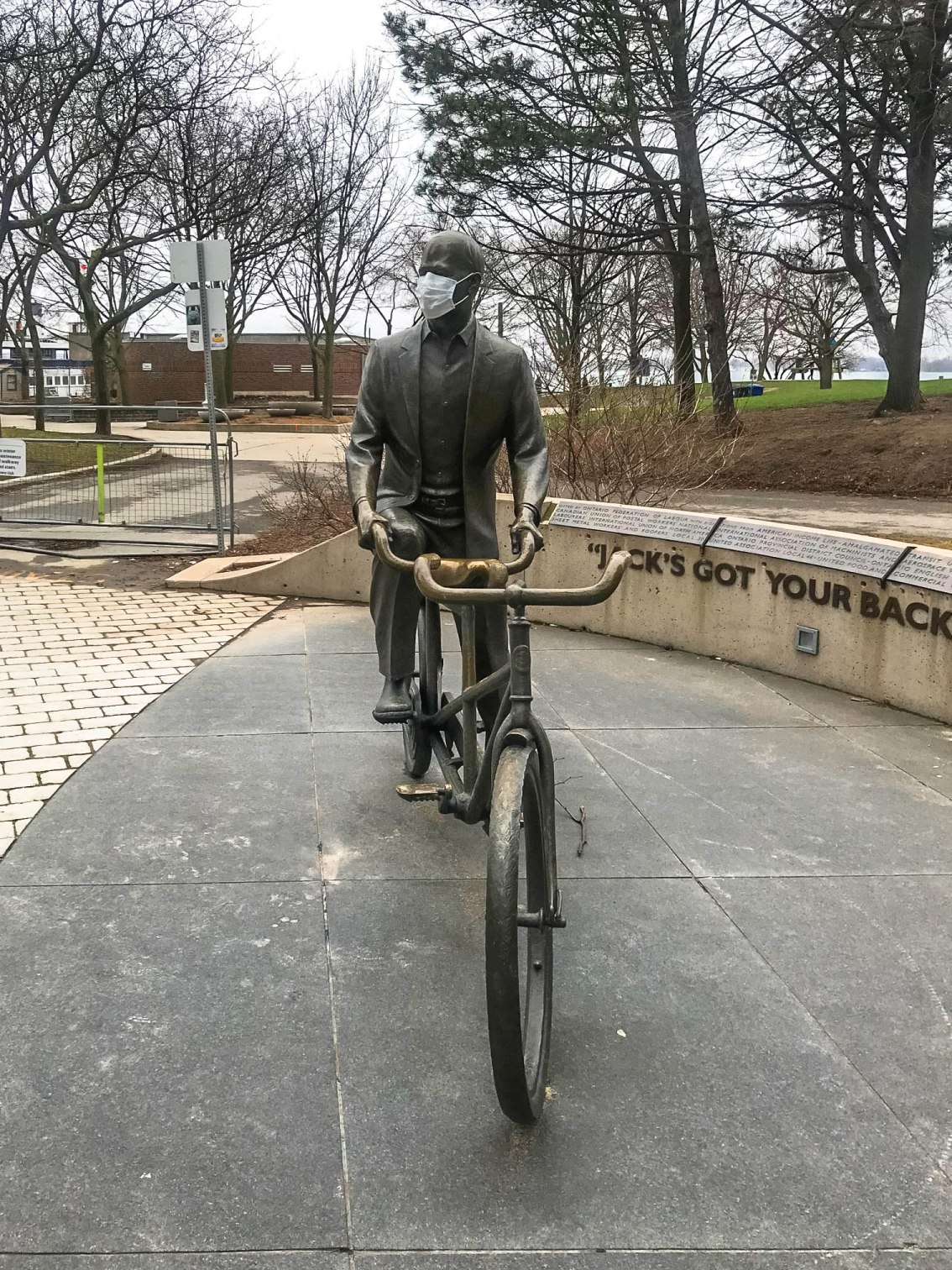 That week was a nightmare. The hospitality industry was hit hard by all the changes. I watched people being laid off every day, many of them losing not only one but two jobs. I cheered for the ones I could still see around – but even they had to go soon after. Things kept getting worse and worse. The meetings, always filled with bad news, started to become a part of our morning ritual. 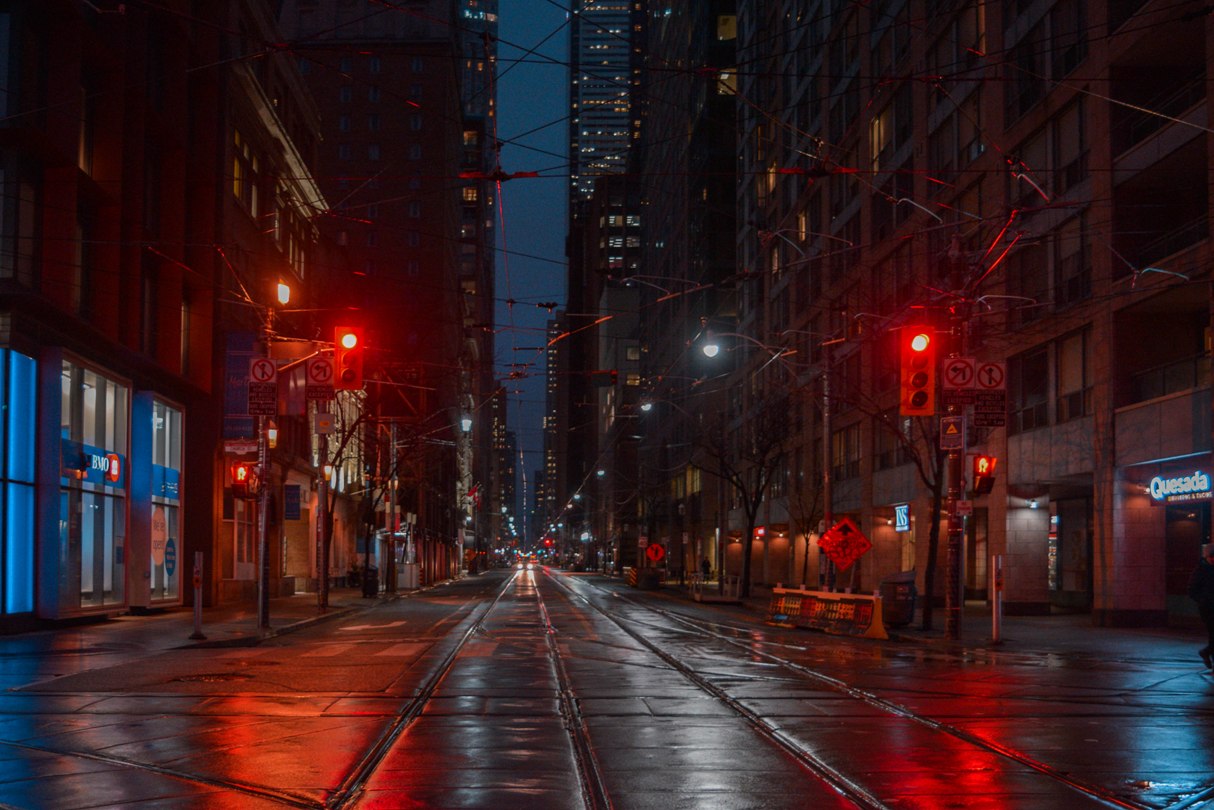 On Sunday, the managers announced the hostel is closing down. All the employees had been laid off. The volunteers were still allowed to stay until the end of April (along with two managers), doing small tasks such as deep cleaning and maintenance. One of us decided to leave, but the rest wanted to give it a shot. We knew Europe was doing even worse. 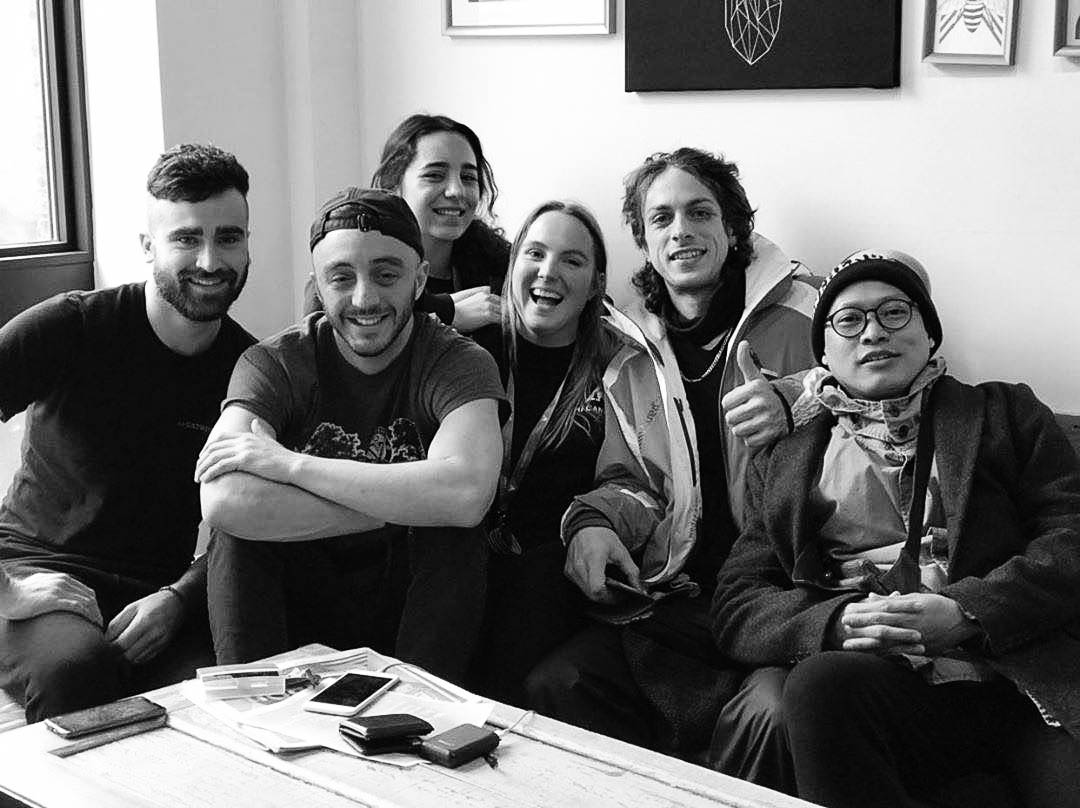 One of the last photographs before many of my friends had to move out.

We formed a happy, worry-free bubble, most of the time acting as the outside world doesn’t exist. In the evening, we would all gather, eat together a dinner and sometimes share a drink. After that, we watched a movie or a series (Tiger King!) before going to bed. When leaving the building, we were once again reminded how much has changed. 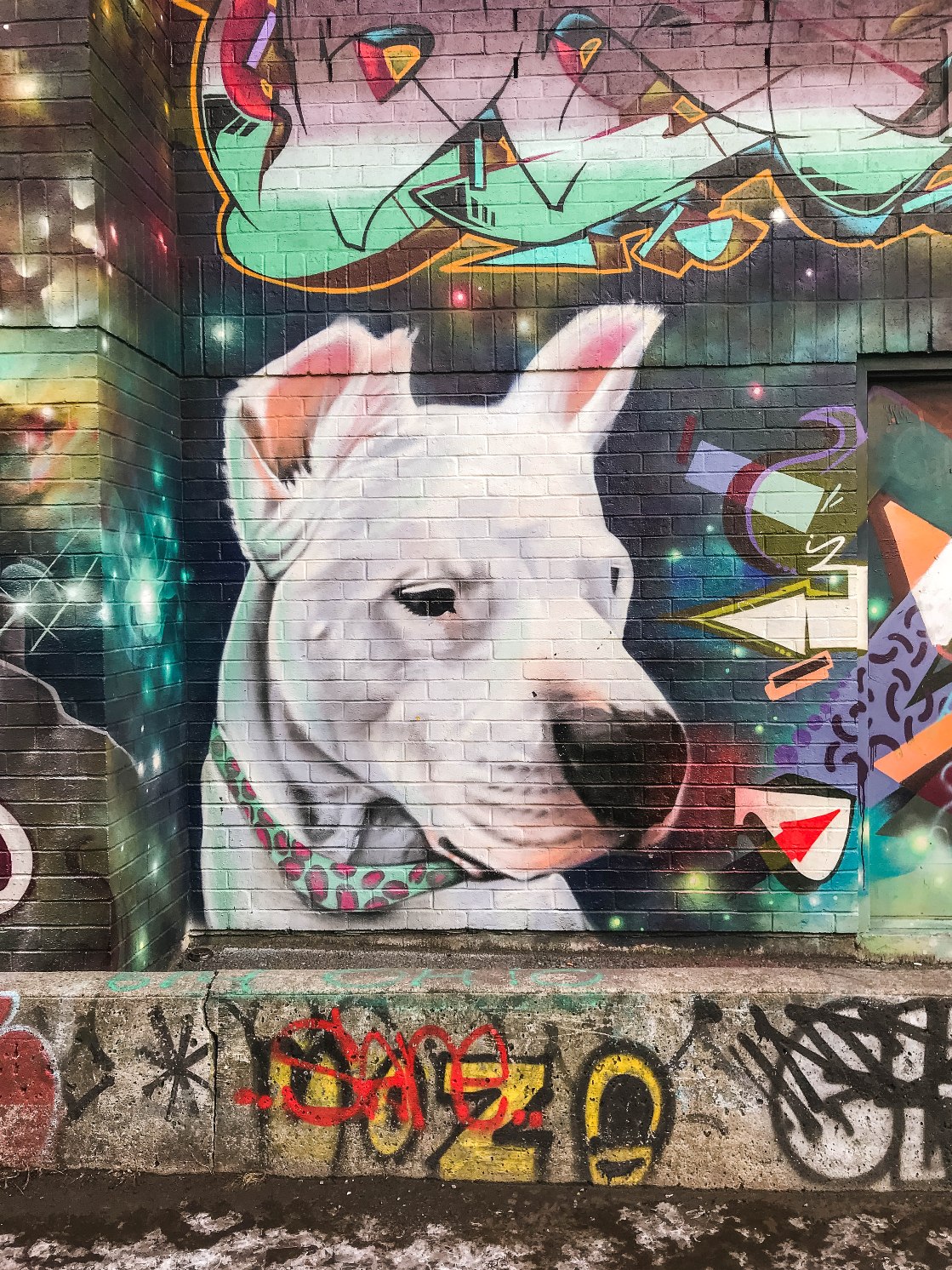 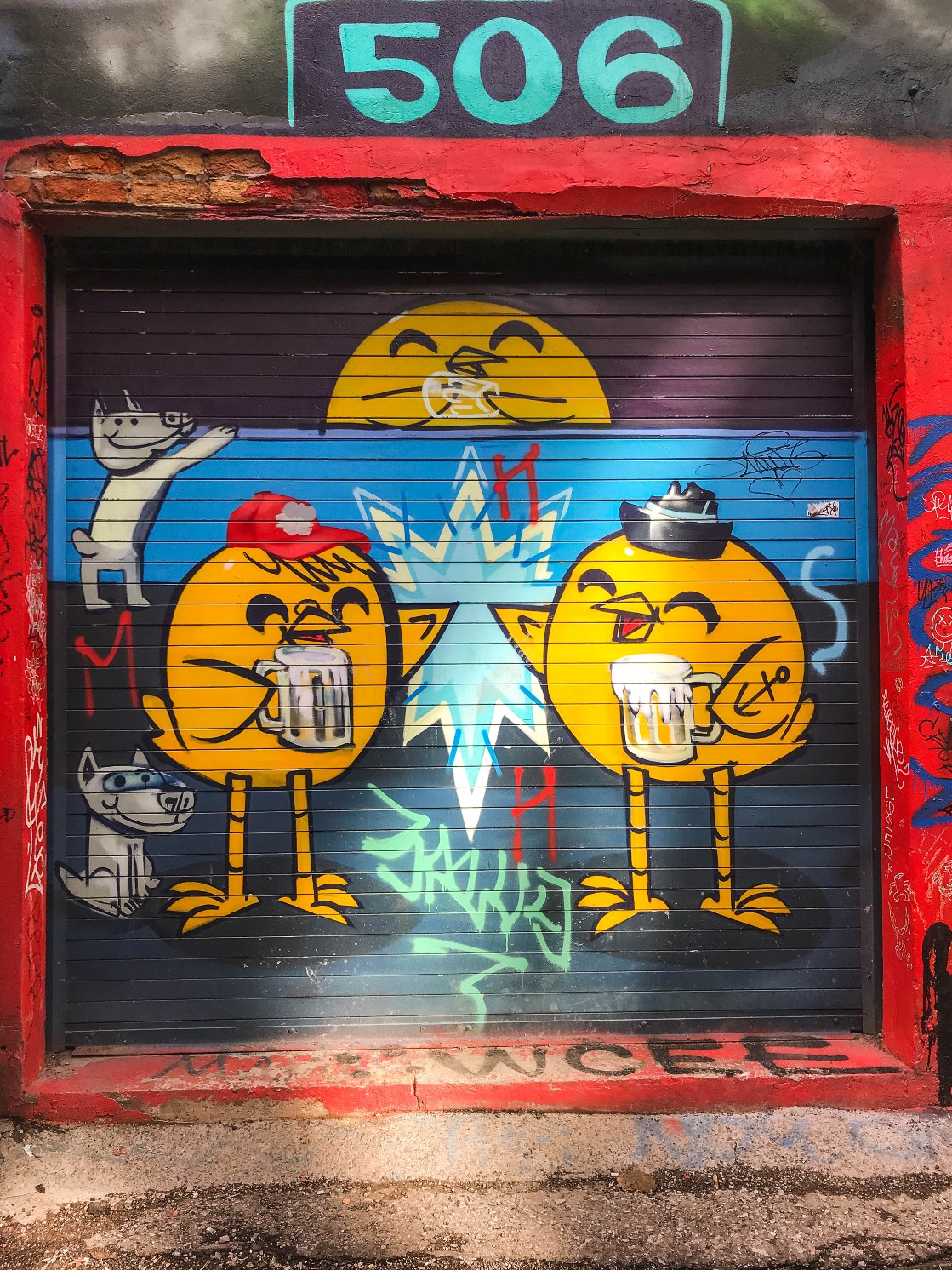 Although the media portrayed Toronto as a ghost city, it was still lively outside – but different. Everyone suddenly felt the need to exercise as soon as the sun was out. On the other hand, I was pleasantly surprised by how seriously the social distance was taken (fun fact: the Canadian Health Minister compared the length to maintain social distance to the size of a hockey stick). Besides that, you could also notice long lines in front of the supermarkets. Many retailers decided to limit the number of customers in stores (in my opinion, there were still too many in at the same time). The province of Ontario sent out some emergency alerts, reminding us to stay inside. Lastly, just like all over the world, even Canadians were stocking up on pasta, toilet paper, and alcohol, but also weed (it’s legal). 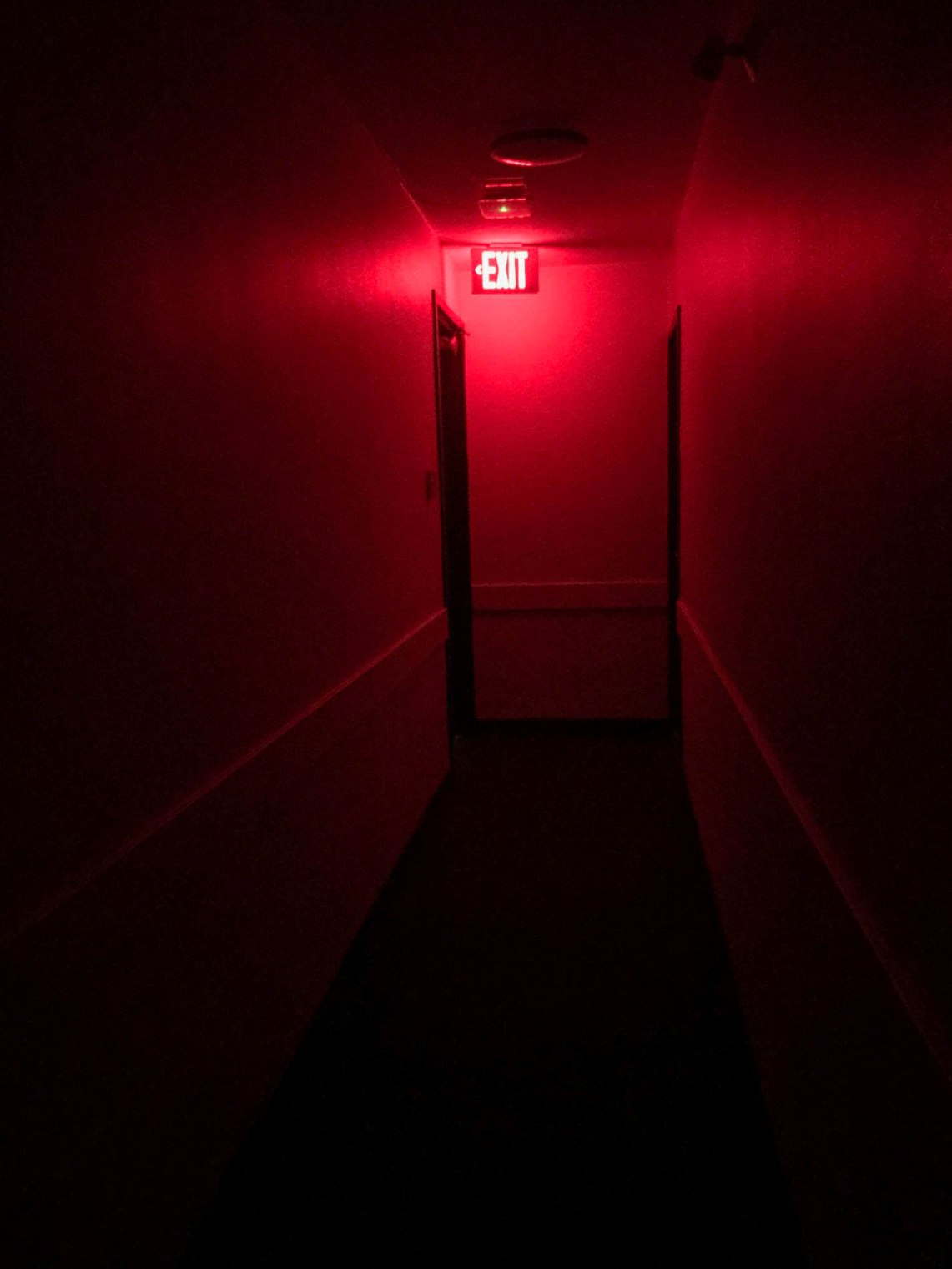 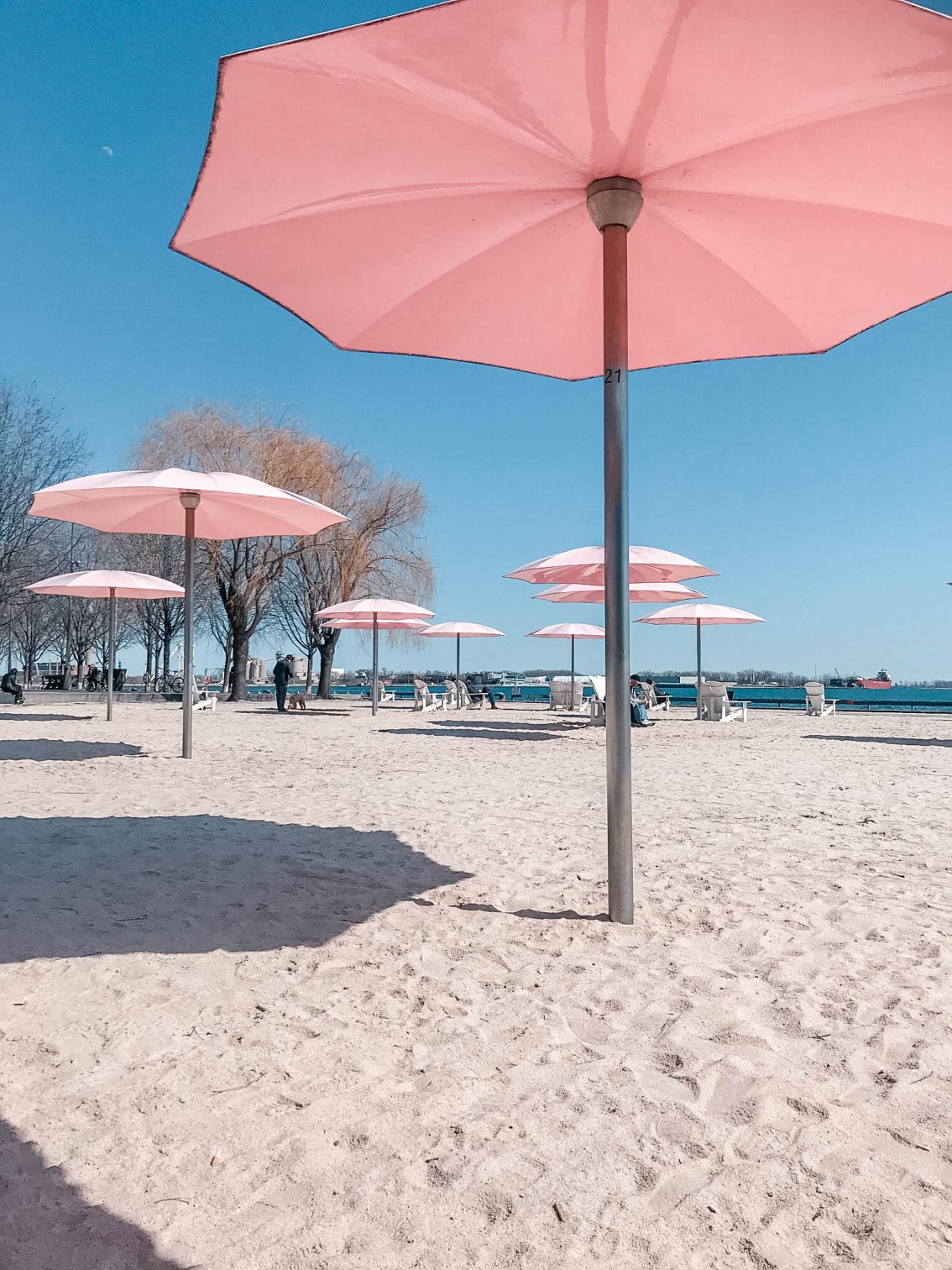 Two weeks after the hostel closure, on Thursday evening, we were told we had to move out. We were given a week to do so, but they needed us to leave and we were highly advised to fly back home. This was my last option. As much as I like Slovenia as a country, I didn’t want to go back so soon.

As expected from the worst decision-maker in the history of decision-makers, I had a hard time coming up with the solution. I spent two days talking to my family and closest friends, looking at workaway and even emailing with a Slovenian family living in Toronto. My savings were not too low, but not high enough to keep me going for another 3-6 months without a job (side note: Trudeau mentioned in one of his latest talks that Canada will possibly reach the top of the curve in late spring, with the end of the first wave in the summer).

On Saturday I booked a flight back to Europe. I was flying out two days later (that’s a whole different story for another post). Once I reached Slovenia, I isolated myself. For the last 11 days, I was trying to keep myself sane by watching Friends, meditating, working out and writing.

To be honest, it’s hard not to feel so disheartened. I am trying to push all the negative thoughts aside and remain positive, but this is easier said than done. Don’t get me wrong, I know I was lucky and had it better than most. Many were laid off and still needed to pay the rent. I am also aware it is a privilege to have a safe place to return to and to have enough funds to cover that overpriced return ticket. I cannot complain. Yet the fact is, I used my savings on the plane ticket. I most likely won’t get another shot on Canada in the near future even if COVID-19 is gone by the summer. So here I am telling myself I have to trust the process. 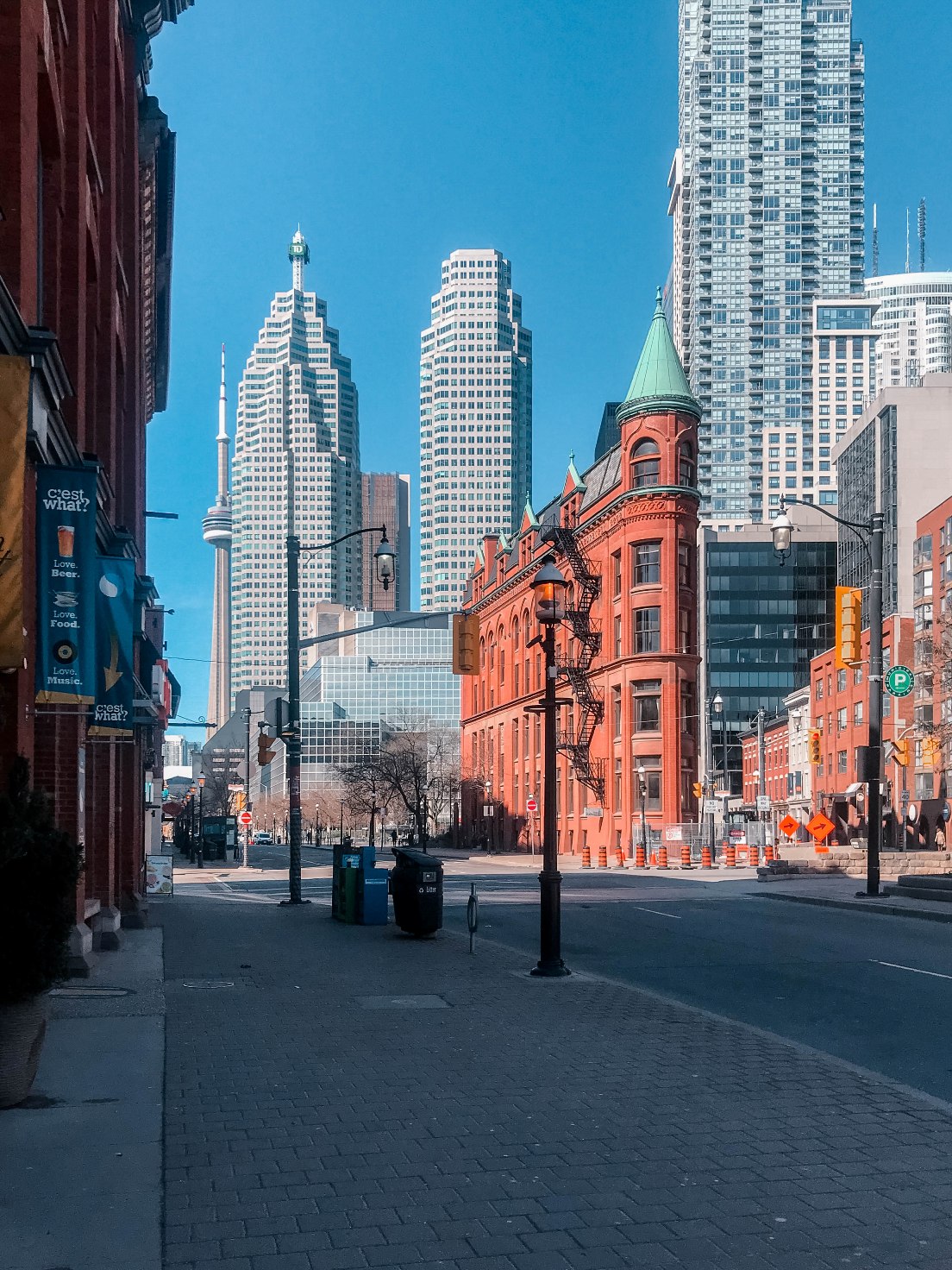 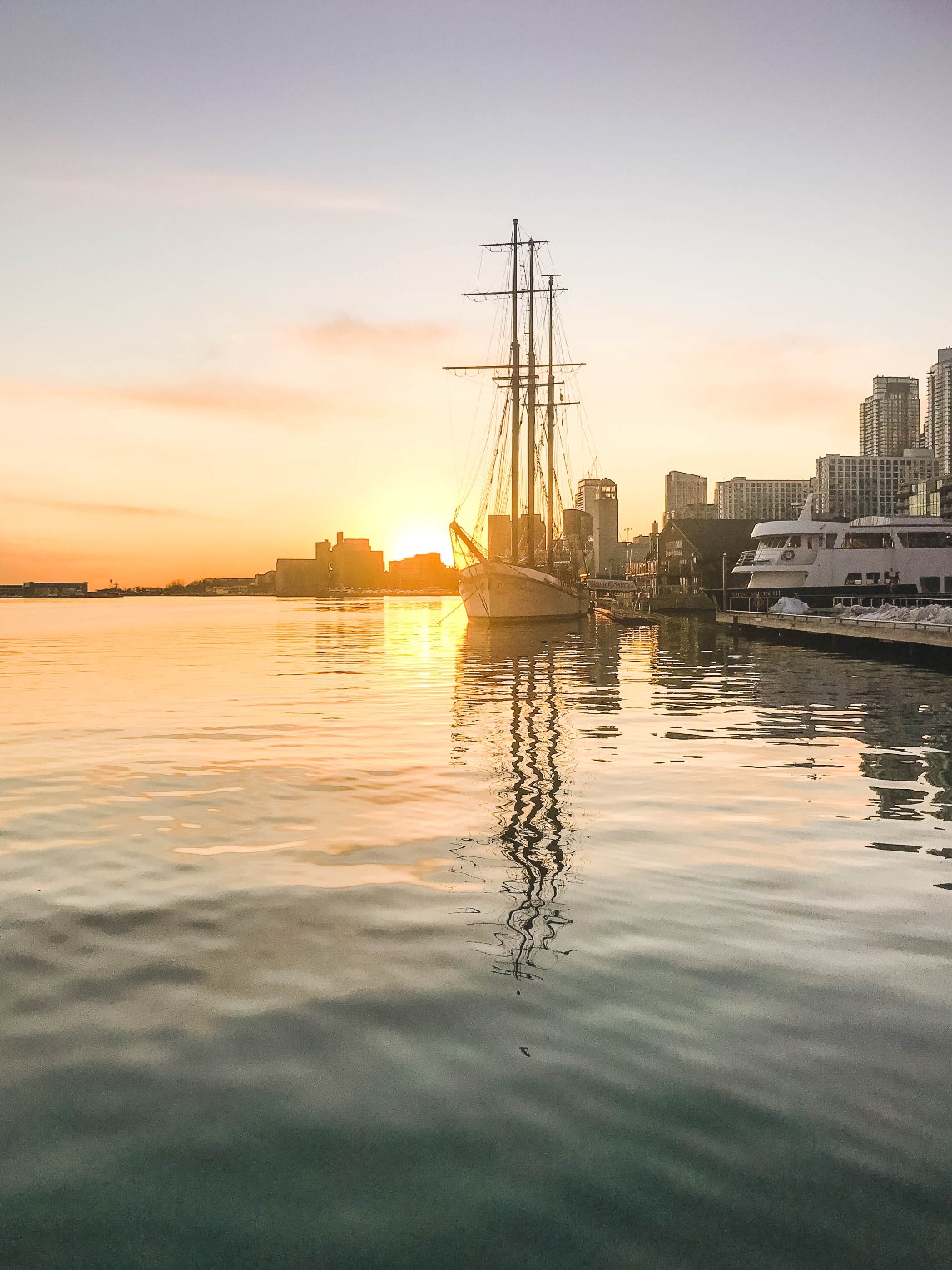 If I didn’t answer your message recently or I let you believe I am still overseas, I’m sorry. Eventually, I will get back to you. Until then, I just wanted to give a quick update and comment on what was going on while I was abroad. Stay safe.

Disclaimer: I started writing this post 3 days after coming back when I had a very hard time dealing with everything. Lately, I’ve been meditating a lot, as well as talking to my friends, and I am already feeling a lot better.

« 5 Full Days in Magical Cappadocia: All You Need to Know
Flying During COVID-19 »